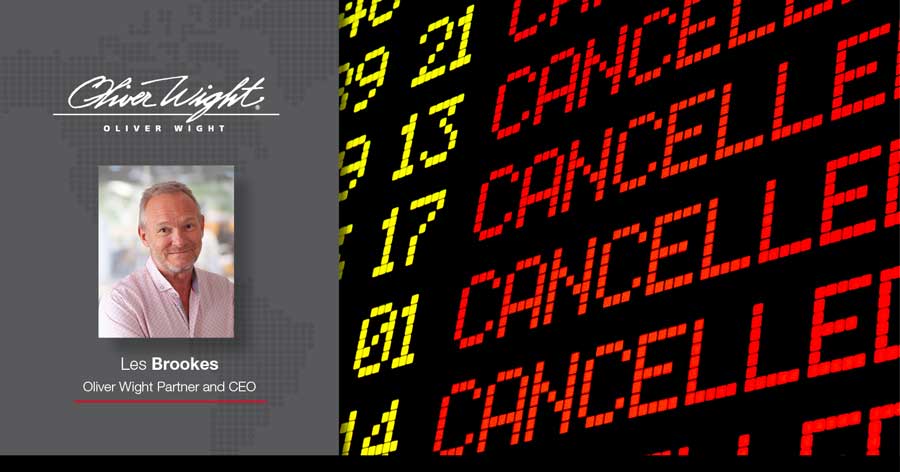 The miserable delays at UK airports were enough to put people off flying for a long time – but with high travel demand easily predictable there was no excuse for bosses getting it so wrong.   Slight traffic and travel delays are to be expected when the holiday season begins. Still, the chaotic scenes at airports across the UK at the start of the Easter holidays and ongoing were on another level – and it showed abysmal planning from a host of leaders. The situation left holidaymakers – many of whom were flying for the first time in over two years – understandably angry.   Manchester Airport’s Managing Director, Karen Smart, was forced to resign after thousands of travellers complained about the hours-long delays, from 5am, on social media, and piles of luggage were stranded after people abandoned the wait to reclaim their baggage to go home. Andy Burnham, the Mayor of Greater Manchester, even considered sending in the police and fire services to help overwhelmed staff.    The Manchester Airport bosses apologised to passengers, saying they had “fallen short of the standards they expected”, but it was the same story at other airports, including Heathrow and Birmingham. The situation is not just limited to the airport authorities but also their customers re the aviation industry as they too are canceling flights due to staff shortages that are not just a consequence of Covid related isolation.   The lack of trained employees and extra security layers, combined with overbooked flights, created a perfect storm. Most frustratingly, this could – and should – have been avoided. And while promises are being made that things will improve drastically by the summer, I wouldn’t bet on it.   Granted, the aviation industry, in general, has struggled to recruit staff made redundant after travel was shut down during the pandemic. However, more effort should have been made a long time ago to plan and better prepare for the predictable spike in demand. If we work backwards from the need for staff to be in place, there is a long process of recruitment, training security clearance etc. Alongside this, a surge in demand causes the need for additional security clearance staff to be recruited in advance. All of which means that just like any other industry you have to plan the end-to-end supply.   There are additional complicating factors that are also a hangover from the pandemic. For example, I was at Heathrow the other day and one airline company – who, ironically, I noticed is looking for a Head of Integrated Planning (and it needs one) – announced that passengers couldn’t request seat changes, or anything like that, because for the following two weeks all flights were fully booked. In fact, they were overbooked, and more people were turning up to fly than they could handle, as they were expecting coronavirus-related dropouts. So the booking algorithm needs updating – and quickly.   Warning for other industries  The chaos, which could put people off flying for a while and therefore impact long-term profits, should serve as a warning to leaders in other industries. In the airline industry, the problems are more visible, but elsewhere potential – and likely – challenges are not as obvious, and that’s the danger. For this reason, investment in foresight and horizon scanning is now essential to reduce the reputational and financial damage of bottlenecks, which lead to longer lead times and supply issues.    The ongoing DVLA situation is another example of wrong-headed thinking. There is a desperate need for people – especially HGV drivers – to obtain driving licences, but the organisation is seemingly reluctant to invest in new staff to clear the backlog. Again, it’s just because this has been in the newspapers that we know about it. I worry that other industries and businesses may well be sleepwalking into massive problems that are possible to avoid.   And then there is the recent P&O scandal, which caused national outrage. Sacking 800 workers and looking to replace them with cheaper staff to cut costs and sailing ferries until they are unsafe is another instance of a lack of foresight and poor long-term strategy.    With new staff to train, how long will they be able to maintain safety standards – if the boats are not on the water P&O stand to lose a great deal of revenue – and how will the customer experience change with poorly motivated and poorly paid agency staff? Customer experience is vital today and investing in that should trump the cost-cutting approach.   It’s increasingly apparent in these complex and uncertain times that leaders must not think short-term but much further into the future to make critical decisions. I fear, though, that social media feeds and newspapers will be full of more scandals caused by poor planning in the coming weeks and months.